Apocalypse and Reform from Late Antiquity to the Middle Ages (London: Routledge, 2018) – with Matthew Gabriele.

Brett Whalen (UNC Chapel Hill): ‘The editors and authors are to be applauded’.

Eyal Poleg (Queen Mary University): ‘In this coherent and impressive collection, each article firmly locates this phenomenon within diverse geo-political, cultural and religious contexts. Appealing to students and academics alike, this volume constitutes an important step in the rehabilitation of the Apocalypse. No longer the confines of historians of religion and radicalism, its editors bring the apocalypse into global history.’ 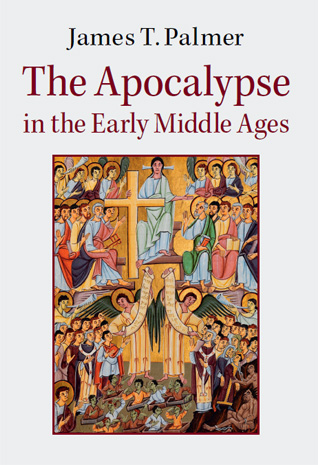 Wolfram Brandes (MPI, Göttingen): ‘[A] very stimulating book, which will certainly shape the course of research on apocalyptic thinking for a very long time to come’ (American Historical Review).

Richard Emmerson (Flordida State): ‘An impressive accomplishment and an exemplary contribution to our understanding of medieval apocalypticism. It is highly recommended’ (Speculum).

Anne Latowsky (USF): ‘With its unprecedented new take on an age-old question, this book will be essential reading for many, if not all, students of the medieval world’ (Catholic Historical Review).

Paul Fouracre (Manchester): ‘What he [the author] has done is written a very useful and learned book on the construction of the Anglo-Saxon missionary in hagiography‘ (Early Medieval Europe).

Ian Wood (Leeds): ‘[U]nquestionably a work that one can recommend as a point of departure for understanding the work of the Anglo-Saxons on the continent in the late seventh and eighth centuries’ (Cercles).

This site uses Akismet to reduce spam. Learn how your comment data is processed.